The Color of Money and the Culture of Giving

Kimberly B. Lewis, President/CEO of Goodwill Industries of East Texas and owner of Motivational Muse, LLC. 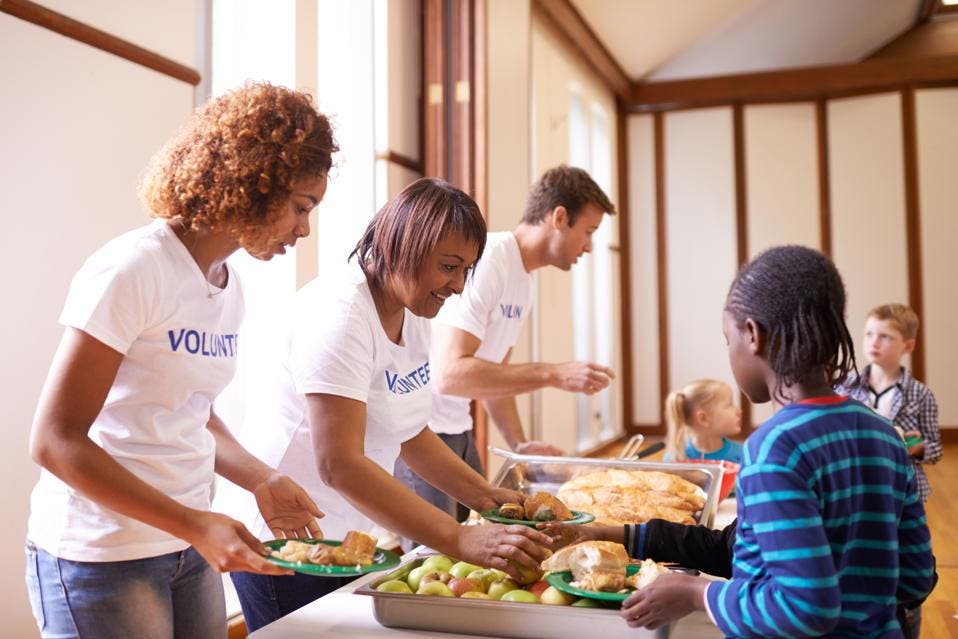 When I read about philanthropists, I seldom see people who look like me -- a black woman. Professional fundraisers, university presidents, nonprofit CEOs and the like sip on strong cups of coffee placed on mahogany tables and discuss ways of attracting more black and brown donors.

People who keep up with who's giving what and to which causes know that people of color give, and they give regularly. “Nearly two-thirds of African American households donate to organizations, to the tune of $11 billion each year,” according to a 2012 report commissioned by the W.K. Kellogg Foundation.

When most people think of philanthropists, people like Bill and Melinda Gates or Michael Dell come to mind, followed by big names in entertainment and sports like Oprah Winfrey, Beyoncé or LeBron James. But the fact is that the majority of charitable dollars come from individual donors who you seldom see across magazine spreads.

In recent years, philanthropy has taken on a new identity. Philanthropy is no longer a one-size-fits-all concept. The definition has broadened to include average people giving generously. How can that be? How can average people who work every day give more than the superstars of industry and business? The answer is what I call “collective pooling power.”

Collective pooling is not a new concept. I learned about it growing up in the black Baptist church. The Building Fund, the Mission Fund, the annual Ladies Tea and the fried fish and chicken dinner fundraisers all provided opportunities for people to pool their dollars together for a common goal -- to build a new wing on the church, to send a worker to Africa to build a school or to raise money for hymnals and Bibles. We didn’t think of ourselves as philanthropists, nor was that a word common in my vernacular growing up.

This broad definition of philanthropy also includes the gifts of time and talent. Those who give of their free time for a cause or organization are countless in the African American, Latino, Native American, Arab American and Asian American communities.

The label placed on this kind of giving is more formally known as “identity-based philanthropy -- a growing movement to democratize philanthropy from the grassroots up by activating and organizing its practice in marginalized communities, particularly communities of color,” according to the Cultures of Giving study. The W.K. Kellogg Foundation launched the Cultures of Giving Fund in 2007 to encourage and support identity-based giving.

“Simply described, identity-based philanthropy is the practice of raising and leveraging resources by and from a community on its own behalf, where 'community' is defined not by geography but by race, ethnicity, gender, or sexual orientation,” the Cultures of Giving report stated.

Furthermore, the report states that giving by African Americans is growing at a faster rate than their aggregate income or wealth. So, how do fundraisers reach this audience? The key is to study how people of color give, not just who they give to.

• Make sure your requests align with solutions to problems they want to address in their communities.

• Get buy-in by asking for advice on how to meet the needs.

• Match the dollars raised locally. This gives both the grantor and grantees an equal share in the project.

• Partner with local grassroots social and civic organizations, such as sororities, fraternities and giving circles. They have projects, volunteers and events already planned to raise funds and awareness of their cause.

Ethnic communities are in greater need of services, education, training and job opportunities as various forms of government funding shrink year after year. So, individuals in communities of color are banding together to address unmet needs. I can relate to this call to action firsthand.

My family and I are in the process of establishing a scholarship fund in my home state of South Carolina in memory of my grandparents, Ruby and Aaron Dicks Jr. Education was so important to them. My grandfather only had a third-grade education. His father was a farmer, and he followed suit.

My grandmother went as far as the eighth grade, which was as high as she could go at that time. Since she had officially “graduated,” she was asked to teach and taught school for a few years before having seven children of her own. My grandmother loved to read. I still remember the bookshelf she kept in the living room, filled with copies of Reader's Digests, as books were less common in African American homes or schools. Teachers used materials from magazines to teach the students.

Both of my grandparents had a desire to continue their education, but their commitment to the farm in the form of time, energy and money kept them from advancing any further. I, along with my cousins, nieces, nephews and children, am the manifestation of their dreams and the reality of their labor. Therefore, it is important to us to give back and help other people who look like us and share our Southern roots to reach their goals and live their dreams.

We volunteer, raise money for various causes and donate financially through our churches, civic organizations and circle of friends. If you want to reach us as donors, you have to come where we are and get involved with the projects that are important to us.

Kimberly B. Lewis, President and CEO of Goodwill Industries of East Texas and Legacy Leader.

If you were an animal, which one would you be and why? This is a common icebreaker used at conferences and workshops. The facilitator or speaker asks each person to reveal their animal, and sometimes

Leadership in the Trenches